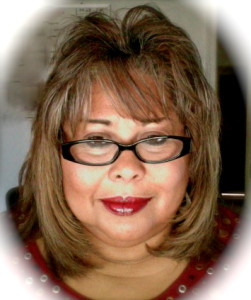 Francesca Samuel is a freelance interpreter and translator based in Tucson, Arizona. She is the founder and president of A la Carte Translations, a web-based translation business, and current vice president of Arizona Translators and Interpreters, Inc., a non-profit organization for educational purposes. She has approximately 15 years of experience working with a national interpreting and translation company that provides services for proceedings related to immigration. Francesca past administrator of the ATA Spanish Division and was this year’s ATI Annual Conference organizer. She’s been a member of NAJIT and ATA since 1999. She is a former assistant administrator and treasurer of the ATA Spanish Division and remains a proactive volunteer within the translation industry. She presented in San Francisco at the Federation of Interpreters and Translators (FIT) and at back to back NAJIT Annual Conferences in Long Beach, CA and Cambridge, MA, respectively. A native of Puerto Rico, she lived in New York City and Los Angeles before settling in Tucson, AZ, where she now lives with her husband and children. 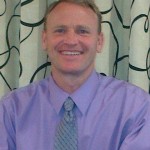 Dr. Jeffrey W. Gabbitas has been teaching Spanish for 18 years at the post-secondary level. Upon returning from Colombia from a two year service mission, he received my Bachelors’ degree in Spanish from Brigham Young University. He earned a Masters’ degree in Spanish Pedagogy from the same institution while teaching Spanish at BYU. After completing his Masters’ degree I completed a PhD in Second Language Acquisition and Teaching from the University of Arizona. While studying at the UofA, he worked as a freelance translator for two different companies related to the mining industry and the medical field. In 2009, Dr. Gabbitas was hired at Pima Community College to direct the Translation and Interpretation Program. He is married with 6 wonderful children. He also enjoys singing with his children and playing sports. 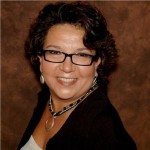 Betina Frisone is an independent Spanish translator and interpreter with over 25 years of direct experience in the business, legal, finance, insurance, and healthcare fields. Betina is owner of the Phoenix-based language services firm, SpanishWorks LLC. Continuously honing her interpretation and translation skills, in most recent years, Betina completed training as a community interpreter (International Rescue Committee, Phoenix AZ), and the Introduction to Medical Interpreting and the Spanish Bilingual Assistant programs (Medical Interpreter Project at Phoenix Children’s Hospital).

Always active in local organizations, before moving to the Phoenix Metro area, Betina served on the Parish Council of St. James Parish, in Arlington Heights, Illinois. She is also a founding member, earliest newsletter editor and former vice president of the Chicago Area Translators and Interpreters Association (CHICATA). Betina became involved in ATI as a volunteer in 2010, and served as president from 2010 to 2012.

Now serving as immediate past president, Betina’s main goals for her service at ATI are to support the current board in fostering collaboration among peers, developing a welcoming environment where every member’s contributions of time and talent are encouraged, offering information and access to learning, networking, and growth opportunities, and to continue the growth and development of programs for the benefit of our membership’s professional development and the community as a whole.

Jaime Fernandez’s professional life began with the airlines in 1972, performing as Assistant Station Manager. He then embarked on a career with the USAF/R where he gained experience in medical technology, radiology, recruiting, training and curriculum development, and interpreting. This prepared him for the next step in his career where he built up several recruiting organizations that primarily served the civil/architectural/manufacturing industries in Southern California and Arizona.

AnaMaría Bambarén-Call has worked in translation and interpretation services at both the Paradise Valley Unified School District and the International Rescue Committee in Phoenix. She has a Master’s in Spanish Sociolinguistics from Arizona State University, as well as extensive training as a community interpreter and Spanish translator. She enjoys all things related to cooking, science and nutrition, and joyfully spends her days raising a toddler and reading.